I tell you I have this theory? it goes where, you're the one who's not my sister 'cause Mom adopted you from a shoebox full of baby Howler Monkeys, and never told you 'cause it could hurt your delicate baby feelings.
Dawn to Buffy, in "No Place Like Home"
Spike tucked a packet of burba weed into his coat pocket before heading up the storeroom stairs. Buffy might want him to steer clear of her “real” life, but his sore face reminded him that he wasn't obliged to do what she wanted. He was still a little bruised, emotionally — perhaps bullying a nice hot cuppa out of Anyanka would soothe the not-so-savage breast. With any luck, Buffy wouldn't even be there, it being her birthday and all.

“It sounds like Hallie,” said Anya. “Neglected children are her thing. Of course, their wishes usually leave them orphans, so it's not like their lives improve.”

Spike rounded the corner. The whole gang was assembled, excepting the Slayer.

“Lo, Dawn.” He headed for the tea makings and loudly sloshed the kettle before flipping on its switch. “Sidekick Convention convened in service of anything? Some new evil afoot?”

Xander bristled, but then seemed to deflate.

Anya piped up. “Dawn made an ill-considered wish, and we're working on ways to change Buffy back.”

Spike halted his perusal of the tea selection. “Change Buffy back from what, exactly?”

A loud hooting sounded from the training room. Dawn buried her face in her hands.

Spike threw open the door and stared at the golden-furred monkey sitting on the pommel horse. It dropped to the floor and loped over to him without hesitation. He stepped backward.

“You're saying that this...this is Buffy?”

All the heads gathered around the research table nodded, but didn't bother to look up from their books.

The monkey clambered up his body. It wrapped its tail tightly around his waist and clung to his neck with one paw. It laid its head on his shoulder and gently stroked the bruises on his face with the other, looking contrite.

“She likes you,” said Dawn with a sigh.

He tried to dislodge the creature, but it hung on and howled at him.

Willow looked up from her laptop and said, “Howler monkeys with smaller testicles have louder calls.” Tara ducked her head and covered her grin. Xander stared at Willow in disbelief.

“That's...probably not relevant,” mumbled Willow. She clicked to another site.

“I don't know about that,” said Spike, gingerly prodding his ear.

“We just need to summon Halfrek,” said Anya. “She told me she was in town on business. I'm sure she'll be open to a deal.”

“Wait a minute. Halfrek, as in your veiny friend Halfrek that threatened to tear me into a specified number of pieces? That Halfrek?” squeaked Xander.

Anya waved her hand dismissively. “That was just a misunderstanding, honey. I'll call her. HALLIE! GET YOUR ASS DOWN HERE.”

An apple-cheeked beauty with dark curls appeared in the middle of the shop, smiling.

Anya smiled widely, and hurried over to kiss the air by the new arrival's cheeks.

“Thanks for coming! There's been a little mix up with Dawn's wish.”

“Really? Everything looks to be in order.” She gave the monkey a thorough inspection. Her attention shifted over to Spike and her eyes widened. “William? Is that you?”

Spike frowned at her and then blinked. “Cecily?” The Buffy monkey howled again, this time at Halfrek, although Spike got the worst of it.

Halfrek shook her head at the sound. “My,” she breathed. “It's been awhile, hasn't it?”

“I didn't know you knew each other,” said Anya. “But you can catch up after Buffy's back in her bridesmaid-ready shape, alright?”

“Oh, is she in the wedding party? That's unfortunate. But hey, you can give her a little hat and a wind-up organ and cancel the band, right?” Halfrek's tinkling laugh echoed around the room, which was silent except for the rumbling growl coming from Spike.

“Oh, c'mon! You know I can't just undo a perfectly justified wish! That child was in pain,” she said, pointing at Dawn. “None of you even realized.”

“But, I didn't really want for Buffy to be a howler monkey!” Dawn said. “That's the opposite of what I wanted. I just want for her to act like we're a real family. I was being sarcastic!”

“Oh? Well now you've learned to be more careful what you wish for, haven't you?”

“Think you owe me a wish or two, whatever you're calling yourself these days.”

Halfrek turned to him with an appraising look. “I suppose a case could be made.” Her eyes narrowed. “You'll want that geegaw out of your head, I expect?”

Everyone gasped. Xander scrambled for the stake chest.

“No! I bloody well do not wish for that! I wish that Buffy be put to rights. That clear enough?”

“Pfft. You're still no fun,” said Halfrek with a pout.

“If you're lucky, you'll never find out just how much fun I'm not.”

Spike staggered as the monkey turned into a full-sized and completely nude Slayer, still clinging to him like a limpet. He pivoted to the training room door, allowing her to jump inside while he removed his coat and threw it after her in one motion. He pulled the door shut and turned to the room, running his hands through his hair.

“Much obliged. Now shove off.”

Halfrek waggled her fingers. “Toodles. See you all at the wedding.” Her arms swept up dramatically and she disappeared.

Spike found himself with an armful of tearful girl.

“Thanks, Spike. I can't believe I was so stupid.”

“Not stupid, Nib. She tricked you.”

“But you could have had your chip out and you wasted your wish fixing mine!”

The door to the training room opened and Buffy, red-faced and serious, stood there wearing his coat buttoned up to the neck. 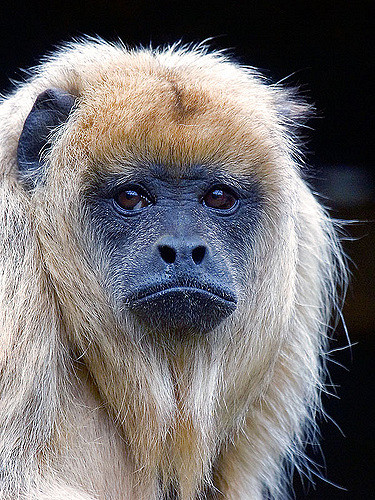 AN: This story might need to be a bit longer than is allowed by the comm. But I like the premise, so I might do an expanded version elsewhere.